'I have a lot of music and audio on my PC, and use Apple Music for now. My Chromecast here is connected to my audio system, and I want to listen to a playlist I have in iTunes. I picked up my iPhone and realize I have no idea how to play my music on my Chromecast'.

Chromecast Audio is a small media streaming device that plugs into the AUX input of your speaker. The Chromecast Audio has tiny circular grooves to evoke the image of vinyl records. There are two hard-wire connections: a micro USB port used purely for power, a wall adapter in the box, and a hybrid 3.5mm/digital optical output. It connects to your wi-fi network, enables the speakers to stream music directly from the internet, and is controlled by smartphones, tablets, and computers. 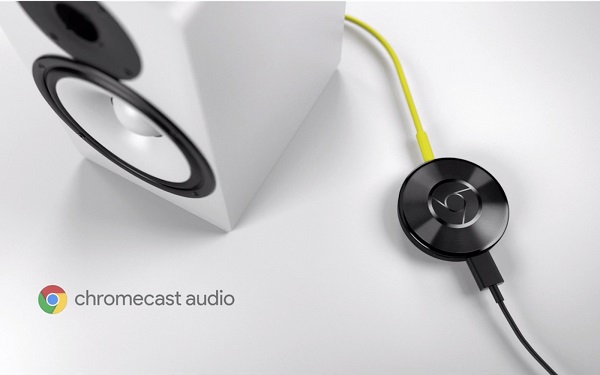 Moreover, you can convert the iTunes purchased songs, iTunes M4A/M4B and Audible AA/AAX audiobooks to many other popular audio formats on both Mac (macOS Catalina, macOS Mojave, macOS High Sierra and macOS Sierra included) and Windows (10/8/7) with ease. It is one of the best Apple Music Converter. Now you can follow the below tutorial to learn how to convert Apple Music and cast Apple Music files to Chromecast Audio.

First of all, open iTunes and go to For You or New tab, you can find the entire Apple Music category. Select the tracks you want to play and add them to your music library. Then download these tracks so that you can play them offline.

Launch Apple Music Converter, click + button and you can choose the downloaded Apple Music files from the pop-up window. Then hit OK.

All the added Apple Music files will list on the main user interface. Now you can click Settings gear icon at the top right corner to select suitable output format for Chromecast.

After all the settings done, you can click Convert button to start converting Apple Music to MP3.

Connect your phone or tablet and Chromecast Audio to the same wireless network. Open the Google Play Music app. Then tap the Cast button and select the Chromecast device from the device list. Select a track and tap Play. The music will begin to play via your Chromecast.

Watch Movie from Netflix via iPhone 11

The Best Movies on Netflix