How to Play Apple Music without iTunes on Computer

Apple Music is one of the most popular streaming music services in the world. It is a monthly subscription, which offers the registered users three-month free trial period. Subscribers can access to the entire Apple Music catalog, listen to any music you've purchased, listen to Beats 1 radio, save Apple Music songs to your library and listen offline, upload Apple Music tracks to iCloud Music Library for access on all your devices. 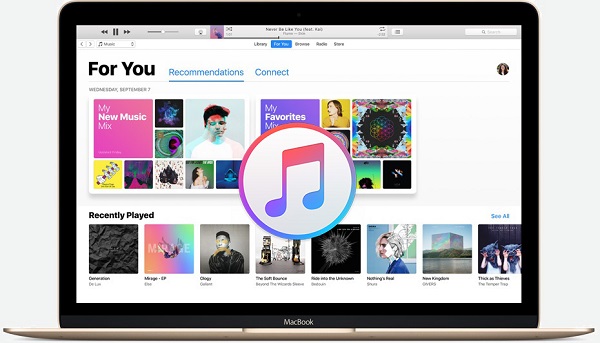 That's because all the Apple Music files downloaded from Music app are encoded with AAC audio formats, which prevents the subscribers from transferring and playing the Apple Music tracks on other devices and media players. Remarkably, on the 2018 WWDC conference, Apple announced that Apple Music subscribers can listen to songs from a computer using a web browser without having to fire up iTunes.

However, it's not a full-blown iTunes replacement yet. The performance is not steady. So is there any other way to play Apple Music without iTunes on computer? Don't worry, if you can convert Apple Music tracks to common ones, you can easily enjoy Apple Music files on your computer without iTunes.

How to Save Apple Music Songs on Computer without iTunes

Apple Music Converter, a professional audio conversion tool, enables you to download and convert Apple Music songs to common MP3, AAC, AIFF, FLAC or WAV without installing iTunes or Apple Music app. The program works at 10X speed. And no worry about the quality, all songs will be saved on your devices with original quality kept. In this way, you can transfer Apple Music tracks from iTunes and save them on your computer. With Apple Music Converter, you can listen to Apple Music files on multiple non-apple devices, including Android tablets, common MP3 players, game consoles like PS4, Smart TVs, etc.

Complete Tutorial on How to Convert Apple Music to Google Home

Click the Settings button on the upper right of Apple Music Converter interface to choose the output format you prefer, and here are MP3, AAC, AIFF, FLAC and WAV for you to choose from. If necessary, you can change the output quality up to 256 kbps and output path.

Open a playlist, artist, or album and click the Add button at the bottom right corner. You will see a pop-up dialog that will display all the songs that you can convert. Just select the songs you want to convert.

When the conversion completed, you can find the converted music files on the history folder. Now, you can listen to these converted Apple Music songs on computer with the common media player, like Windows Media Player, VLC Media Player and so on.