How to Play Apple Music on Samsung Galaxy Note 9

Samsung Galaxy Note 9 smartphone was launched in August 2018. Compared with all prior Note phones, the Note 9 is bigger, more colorful and more expensive, too. The phone comes with a 6.4-inch Super AMOLED display with a resolution of 1440 pixels by 2960 pixels. It is the biggest Android phone so far and it is powered by a huge 4,000mAh battery.

The phone packs 128GB of internal storage that can be expanded up to 512GB via a microSD card, and the Note 9's full-bodied, spacious and detailed sound makes for a comfortable, pleasant listen. Thus, you can use the Note 9 as a music player. 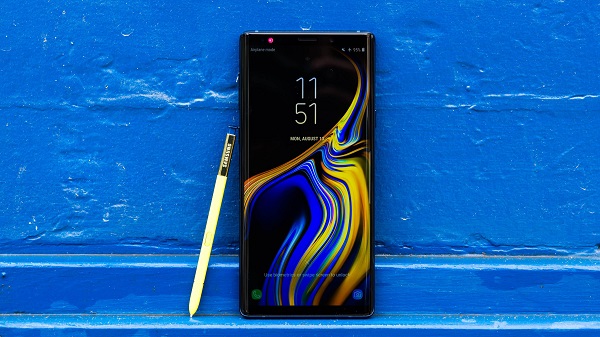 Is it Possible to Transfer Apple Music to Galaxy Note 9?

Theoretically, Apple Music is available on Android devices includes Galaxy Note 9. Just get the Apple Music app and log in it with your Apple ID, and then you can use Apple Music to listen to your music, find new music, and enjoy curated playlists.

However, it is not easy to transfer Apple Music files from the Music app to your Note 9. Even when you have downloaded the music, you still only be able to play it via Music app. That's because the songs you downloaded from Apple Music prevent you from streaming Apple Music files to unauthorized devices without Music app installed. In order to stream and play Apple Music on Galaxy Note 9 directly, you need to convert Apple Music songs to common audio formats at first.

Now, you can adjust the output format by clicking setting option. The currently available output formats are MP3, AAC, AIFF, WAV and FLAC. You can also select output quality and output path according to your own needs.

Connect the new Galaxy Note 9 to your computer using the supplied USB cable. After the Note 9 installed successfully on your computer, then find the music folder on Samsung Galaxy Note 9. Next locate the converted Apple Music files, copy and paste these tracks you want to transfer to Note 9.

When the transferring process finished, eject your Note 9 from the computer. Now you get the Apple Music files played on Samsung Galaxy Note 9 freely.

How to Set Apple Music as iPhone Ringtone

How to Transfer Apple Music to Samsung Galaxy S9