Two Simple Methods for Playing Apple Music on Xbox One

'Transfer Apple Music to your Xbox One? So I've been trying to find a way to do this so I can background play my music while playing my games. I don't own an Apple TV or anything, and I wondered if it was possible without it. Thanks!'

Xbox One is a powerful home video game consoles developed by Microsoft. Apart from having extremely fun for gameplay, Xbox One users can also stream video from YouTube, Netflix, Crunchyroll, and Amazon Video or listen to music from Spotify, Pandora, or SoundCloud with the multimedia functionality feature.

It is fantastic to enjoy your favorite music in the background while playing games on Xbox One. But Apple Music subscribers may fail to play Apple Music on Xbox One due to compatibility issues. That's because the downloaded Apple Music is in the AAC format, which prevents you from playing Apple Music on non-Apple devices, such as Xbox One, PS4, or MP3 player. 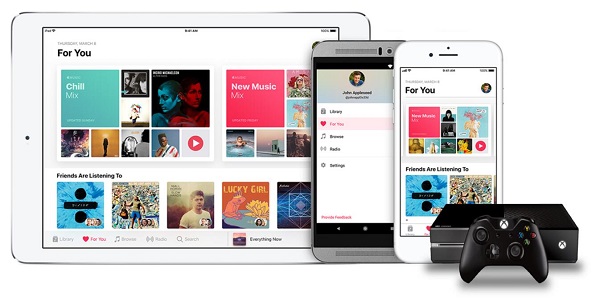 Method 1. Use Apple Music on Xbox One via AirPlay

With Airplay, Apple's propriety wireless streaming protocol, you can cast the streamed music from "sender" device like iPhone or iPad to Xbox One directly. Before that, you should set up AirServer on Xbox One, and then you can set up AirServer Connect on iOS.

After establishing a connection between your Xbox One and iOS device via AirServer, you'll now be ready to play Apple Music tracks through your console.

1. Open the Apple Music app on your iOS device.

3. Press the AirPlay icon at the bottom of the playback screen, represented by an upwards facing arrow and three rings. 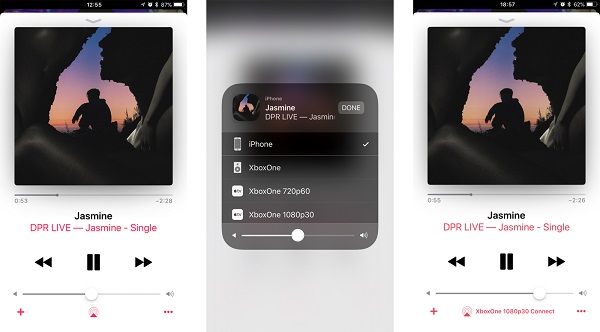 4. Select XboxOne to establish the connection. Apple Music will begin streaming to your Xbox One.

Once connected, you can listen to Apple Music on your Xbox One via AirPlay.

As mentioned at the beginning, if you don't own an Apple TV, iPhone, or anything, is there any possible to stream Apple Music on your Xbox One without Apple Music app?

Step 2Select the Output Format for Xbox One

Click the Settings gear icon on the top right of the user interface, you can set MP3, AAC, AIFF, WAV or FLAC as output format. Here MP3 is suggested to choose for your Xbox One.

Now you can click Convert button, the program will start converting Apple Music to MP3. After conversion, you can find the Apple Music in .mp3 format on the history folder.

Step 5Transfer Apple Music to Xbox One for playback

Firstly download Simple Background Music Player on your Xbox One. It can play tracks stored on a USB-connected external device.

Then connect USB drive to your computer, and create a folder called Xbox Music Library on the USB external drive, now you can drag and drop the converted Apple Music tracks into that folder.