Listening to your favorite music while exercising can make sports more fun. But it is clunky and inconvenience to carry your mobile phone, so a portable music player may be a great option. With several unique features, Sony Walkman MP3 Player is a good alternative to iPod.

Sony Walkman is compact and light. And it can store thousands of tracks, and many of them support high-resolution audio. Some models can enable you to expand the memory with a micro-SD card inserted. This MP3 player can let you play your favorite tracks on the go. 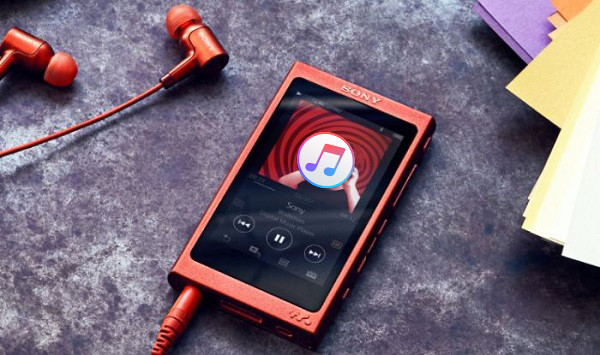 Can I Use Apple Music on Sony Walkman Player?

You may run into problems when you try to play Apple Music from iTunes on your Walkman player. Why? The major reason is that Apple Music is incompatible with your Walkman. In general, audio file formats are supported by your Walkman including MP3, WMA, AAC, etc. But Apple Music is just a subscription-based music streaming service and you can only use the Music app on your iPhone, iPad, or iPod touch with the latest iOS.

Moreover, this program can also support converting iTunes purchased M4P music, iTunes M4A, M4B and Audible AA, AAX audiobooks to common audio like MP3. That's to say, as long as the audio files can be played in iTunes, you can convert them to plain audio files for playing on your Sony Walkman with Apple Music Converter.

With a neat and clean user interface, you can make the conversion complete in a few clicks. This program works fine on both windows and Mac OS x-based machines, here we take Windows version for an example.

Click + button at the top left of the interface. Then it will pop up the iTunes library window. Select the songs you want to play on Walkman and click OK to import them to the program.

Now you can choose MP3 as the output format by clicking settings gear icon at the top right of the window.

Apple Music Converter also allows you to set output quality and change output folder according to you own needs.

Once all the settings are done, click Convert button to start converting Apple Music songs to MP3. The status of your conversion process will be shown of the program.

Besides, you can also transfer the converted Apple Music files to the Walkman using the Windows Media Player software. Finally, you can play Apple Music on your Sony Walkman at will.

How to Transfer Apple Music to USB Drive

How to Enjoy Apple Music on MP3 Player