How to Play Apple Music on Google Pixel 3

Q: If you use the Apple Music application, can you still stream music from the cloud as you are able to when accessing it from an iPhone to Google Pixel 3?

Google Pixel 3 smartphone was launched in October 2018. The phone comes with a 5.50-inch touchscreen OLED display with a resolution of 1080 pixels by 2160 pixels at a PPI of 443 pixels per inch. It has an impressive single rear-camera and a new secondary front-facing shooter.

The Google Pixel 3 runs the latest version of Android 9 Pie, and yet it comes in a one-hand-friendly size to hold. It packs 64GB or 128GB of internal storage that cannot be expanded. The Google Pixel 3 is available for $799 with 64GB of storage or $899 with 128GB of storage, in a choice of black, white or pink. 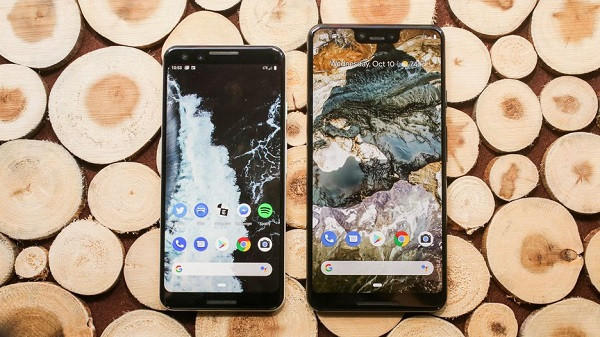 Can I Get Apple Music on Google Pixel 3?

If you want to transfer the downloaded Apple Music from iTunes, you will find something that will prevent you from doing that. That's because the music you downloaded from Apple Music is cached, a set of Apple's access control technologies for restricting the use of its media files.

In general, you can't copy the Apple Music tracks to common Android devices like Google Pixel 3 without Apple Music installed. And the music files are not available after you cancel the subscription, even though you have downloaded them.

In addition, it supports outputing various type of formats, such as M4A, MP3, AAC, AIFF, WAV and FLAC. After converting, the converted files are common ones so that you can transfer them to Google Pixel 3 without any limitation. Now you can follow the steps below to use Apple Music Converter to accomplish the conversion by yourself.

After installing, you can double-click the shortcut icon from the desktop, you will see the convenient and intuitive interface after you click on "Open Apple Music Web Player". Then, you need to click on "Sign in" button and follow the indication to sign in with your Apple ID.

Click the setting button at the upper right of the interface, you can select MP3, AAC, AIFF, WAV or FLAC as output format. Besides, you can also set Output Quality up to 256 Kbps and Output Folder based on your requirement.

To add Apple Music for conversion, you just need to open a playlist, artist, or album and click on the Add button. Then, you will see a pop-up dialog and you can select the songs for conversion.

How to Convert Apple Music to AAC Format