How to Play Apple Music on iPod Nano Smoothly 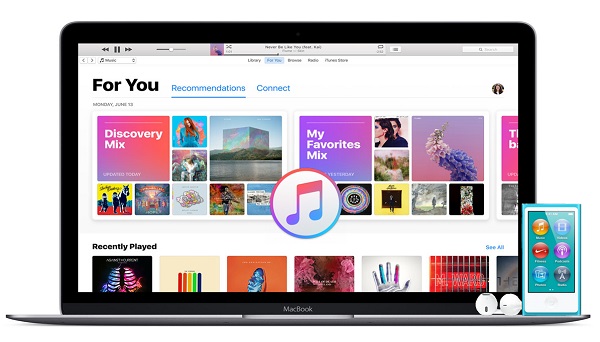 'I can't transfer Apple Music to iPod Nano. I started Apple Music trial, and I added some songs to My Music library, when I connect my iPod Nano 7g and try to sync. It says that song was not copied to the iPod because it is a subscription item.'

Nowadays, Apple Music is one of the most popular music streaming services for many music fans. It provides a three-month free trial for new users. During the subscription periods, you can stream albums, tracks or playlists and then download them for playing them offline. You can play them in the Music app on your iPhone, iPad, or iPod touch; in iTunes on your Mac or PC. However, Apple Music is not available on iPod Nano.

Speaking of iPod Nano, it is the last of the traditional iPods that lacked internet connectivity. That's to say, iPod Nano doesn't have access to Wi-Fi and other online services, so iPod Nano can't support Apple Music. And that's why when you put Apple Music on your iPod Nano, you will receive the error message 'Apple Music songs cannot be copied to an iPod nano or iPod shuffle'.

How Can I Add Apple Music to iPod Nano?

In general, iPod Nano can only play those locally stored tunes synced from your computer's hard drive via iTunes. If you want to add Apple Music to iPod Nano, you need to convert Apple Music to the common audio format and then import them to iTunes. Thus, you can play Apple Music on iPod Nano smoothly.

With the following step-by-step guide, you can convert Apple Music files to common audio formats like MP3. In this way, you can add Apple Music files to iPod Nano and other mobile devices and keep Apple Music songs forever after canceling the subscription. First of all, download and install the latest version of Apple Music Converter on your computer. Then, you need to click on "Open Apple Music Web Player" and follow the indication to sign in with your Apple ID before you start conversion.

Besides, you can also set output folder that you want to save the converted Apple Music files.

Just open a playlist, artist, or album to add music tracks for conversion. Click on the Add button and you will see a pop-up dialog that displays the music you can convert.

Click on Convert button at the bottom of the screen and the program will begin to convert Apple Music.

Open iTunes, you can import the converted Apple Music files to your iTunes library. Connect your iPod Nano to your computer using the included USB cable, then click on the Nano icon in the upper-left corner of the iTunes window, and select the Rencently Added to sync to your iPod Nano.